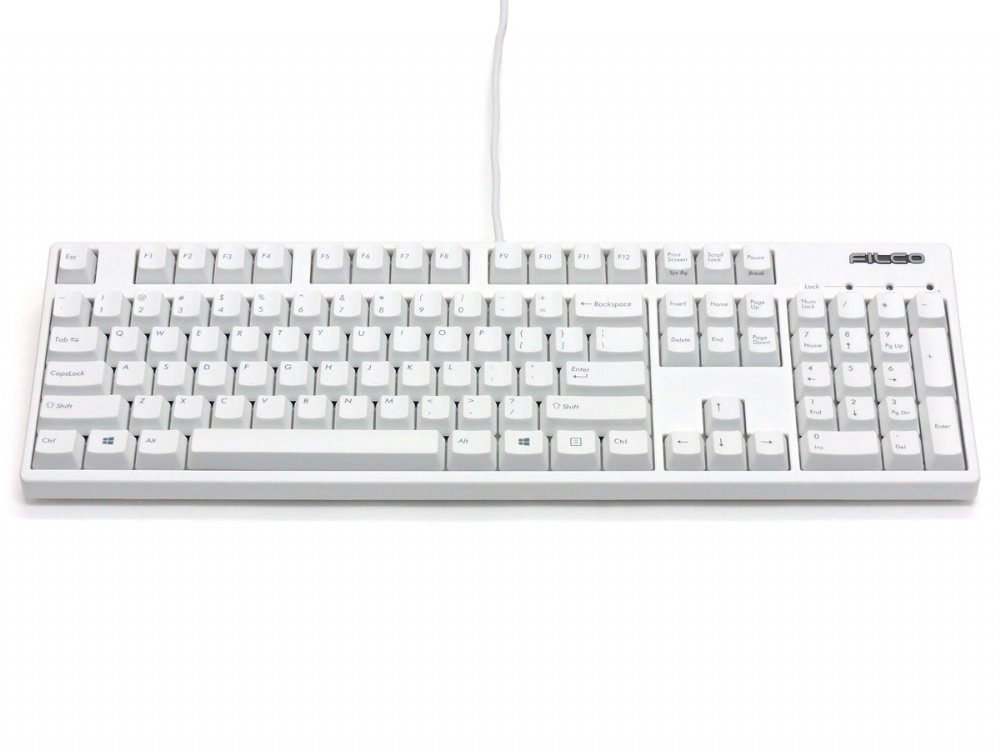 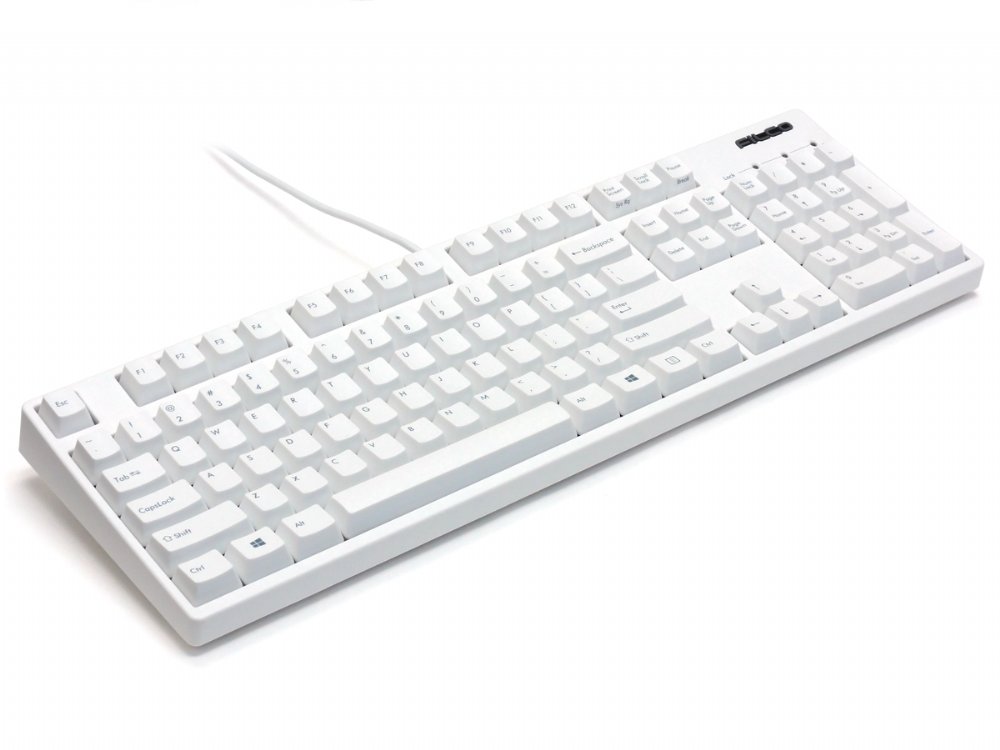 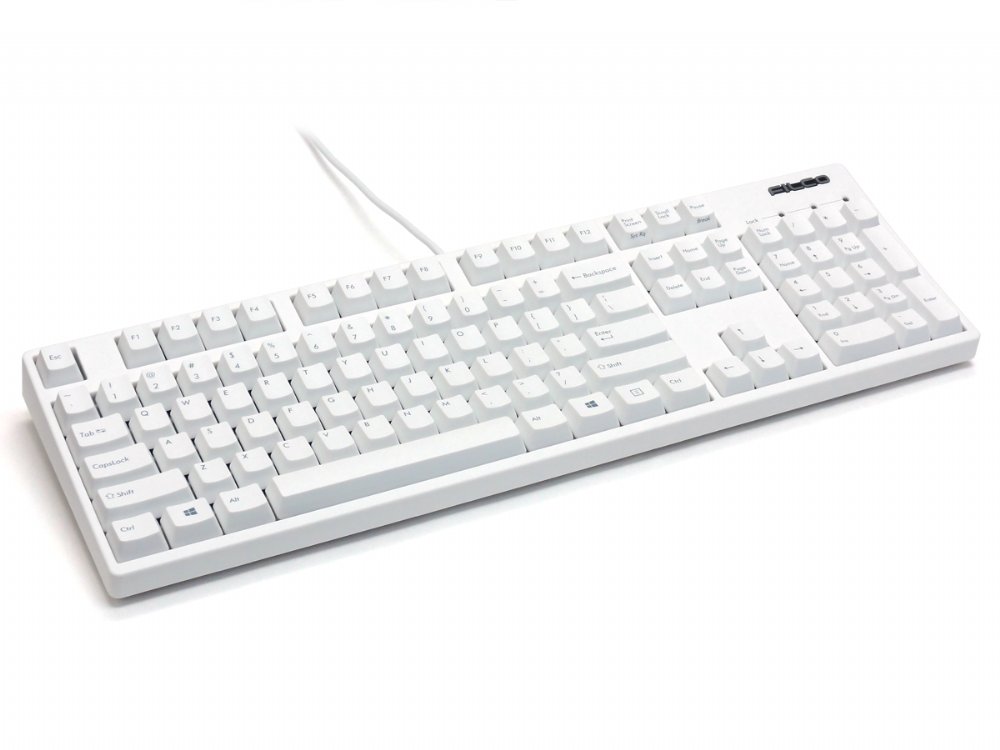 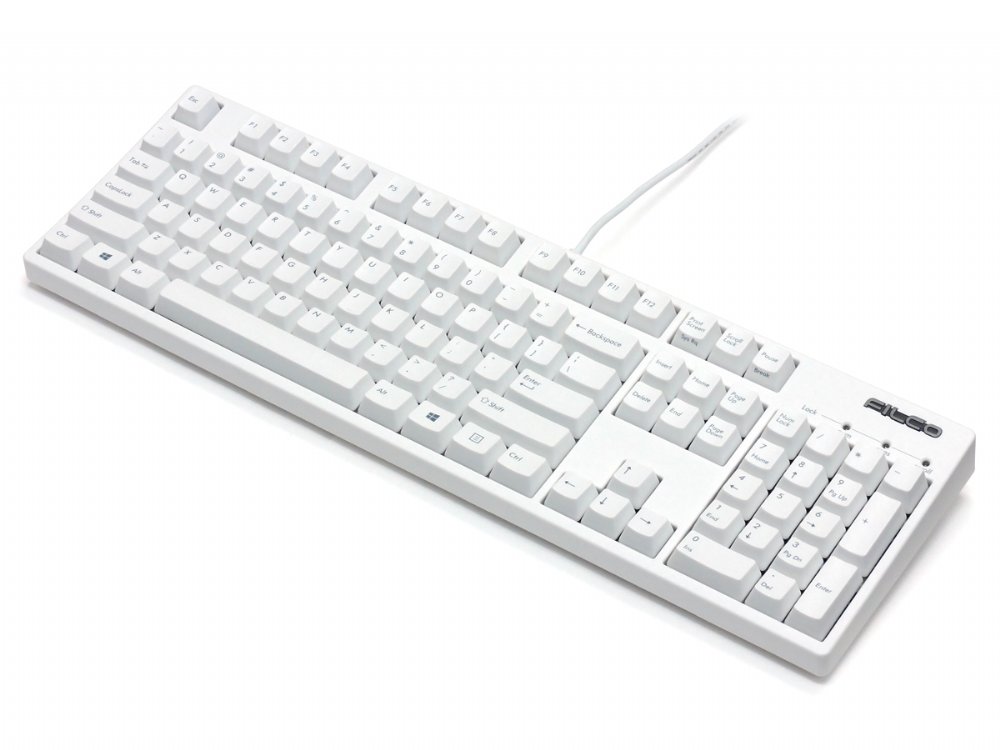 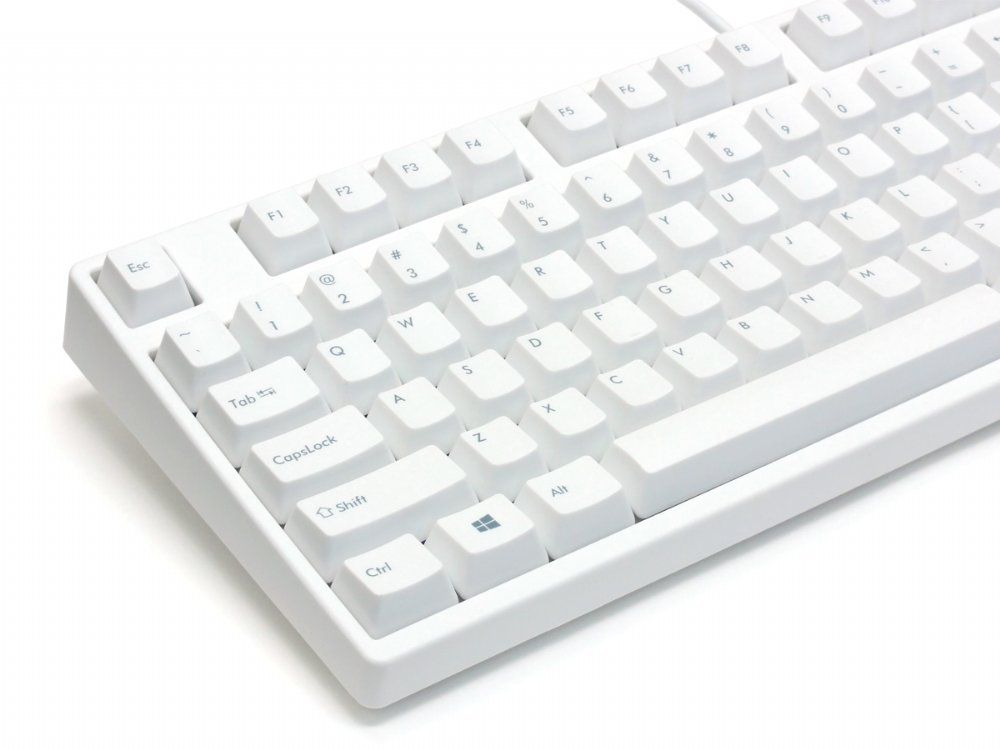 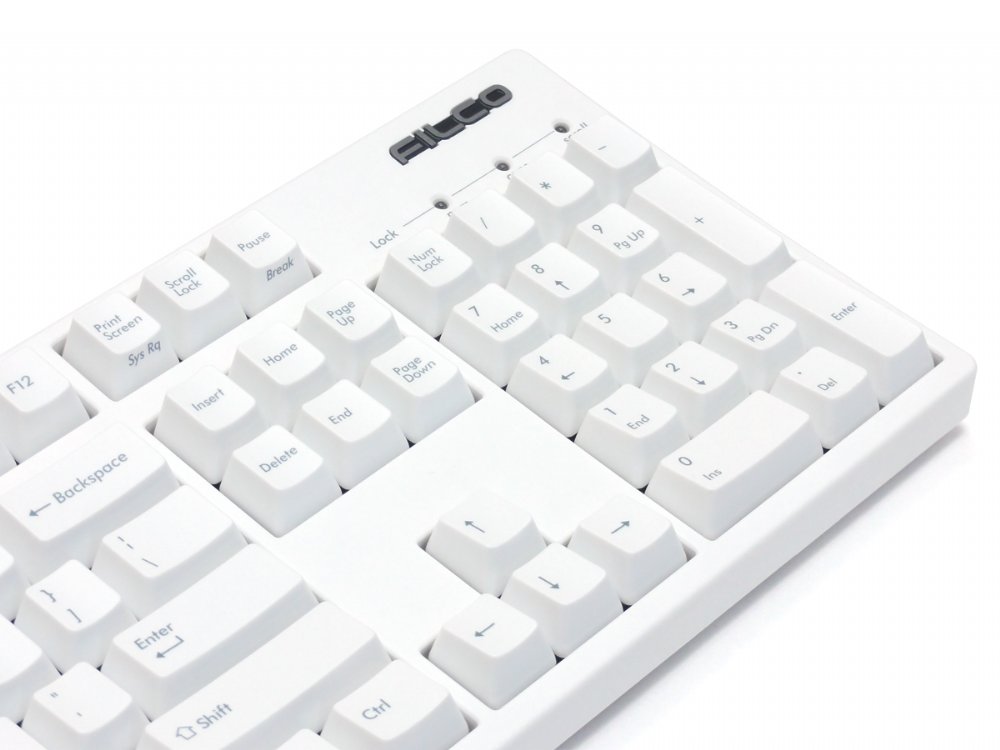 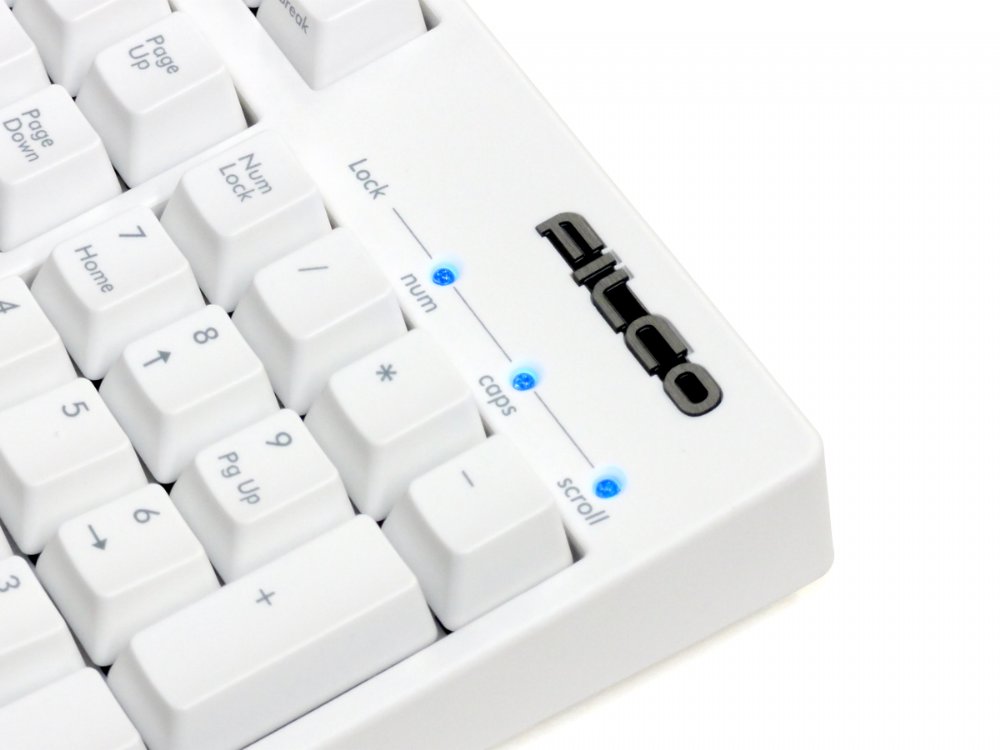 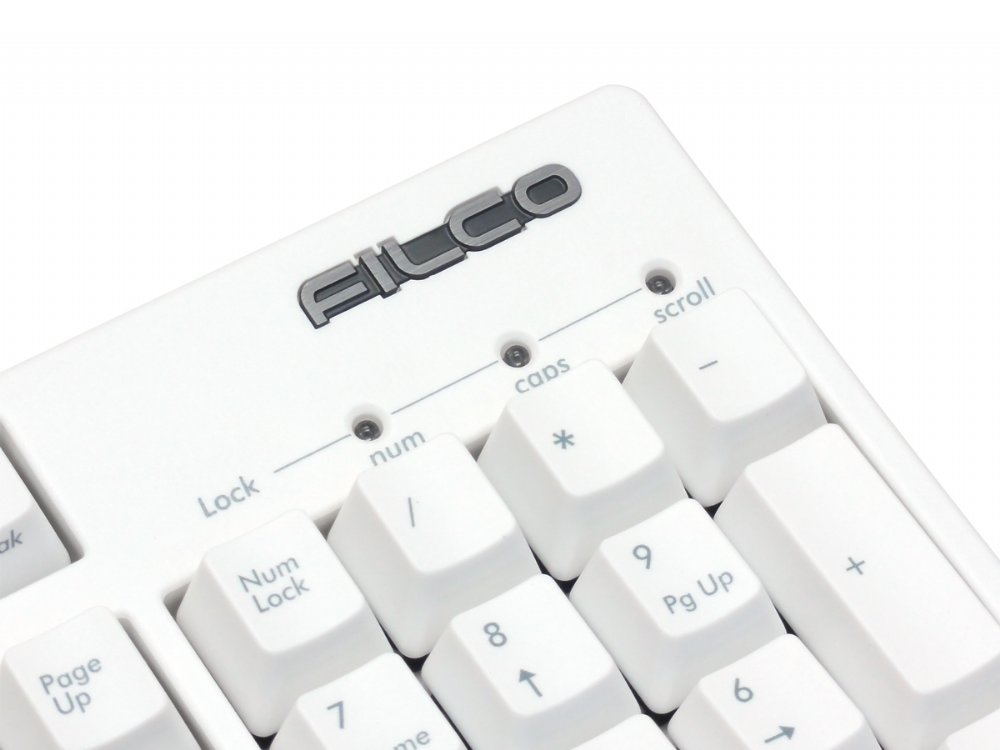 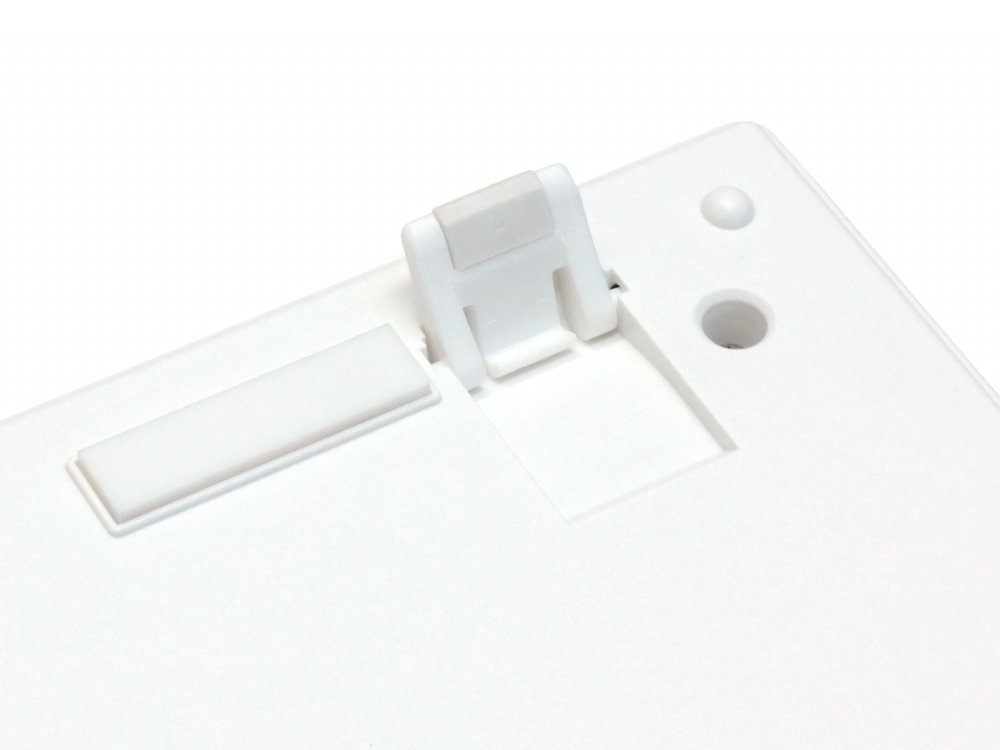 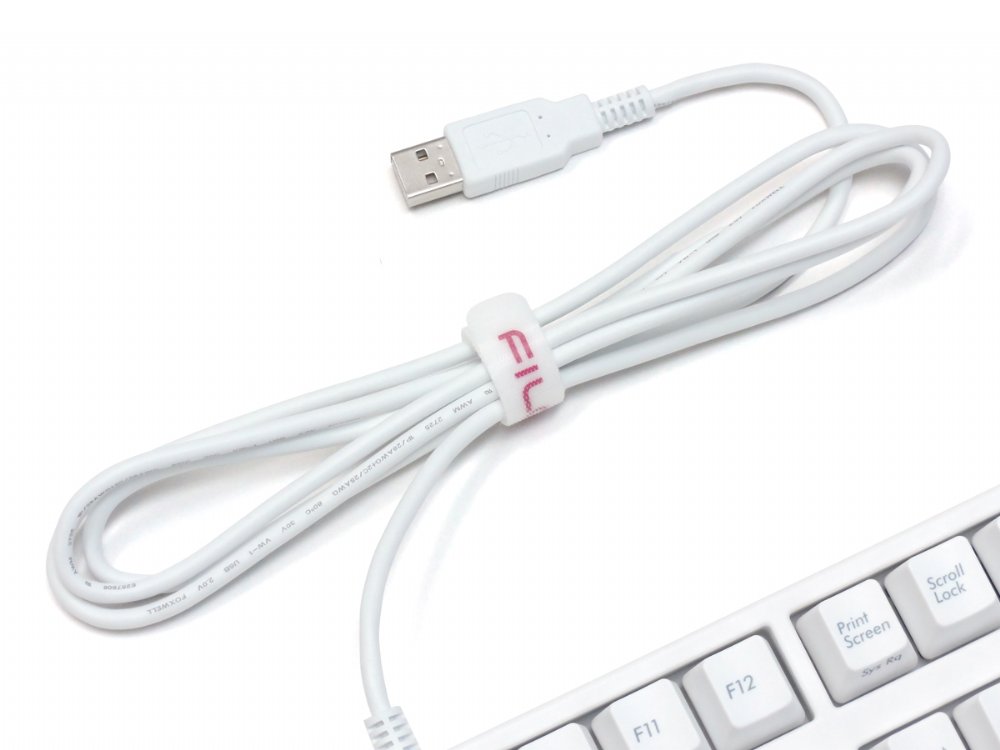 The new Majestouch 2 HAKUA, White keyboard from master keyboard makers - Filco. This Keyboard combines the high quality typing feel of Cherry MX switches, steel mounted in a rock solid body with full N-key Rollover function, all put together in a very slick package.
N-Key Rollover allows multiple simultaneous key presses to be recognized by your computer. A big help for the superfast typist or serious gamer. These keyboards just make you want to type.

Anonymous  03/08/2021
This is my first Filco keyboard. I needed a full keyboard layout for work in an open-office layout, however, I couldn't really endure using the office provided Dell rubber dome keyboards, which does not feel great if you need to type on all day. I did need a keyboard that was relatively quiet for this office.

The Cherry MX Brown Tactile variant of this keyboard seemed like a good compromise offering some tactile feel when typing. The keycaps can be loud if you are intentionally bottoming out with force, but otherwise, silent enough that it does not bother my co-workers even though the office is much quieter as the vast majority are working from home due to the pandemic. The actuation point of these keys do not require bottoming out the keys, so if you wanted to type even quieter you could choose to not bottom out the keys while typing.

The keyboard build is solid and sturdy, this keyboard does not flex, it flexes significantly less than laptops Ive handled, so very well built. The simple appearance of this keyboard is a bit deceptive, when extending the feet, the keyboard deceptively doesnt appear to be angled much, but it is very nicely angled. I would recommend using the feet when using a standing desk. The keycaps themselves have a nice non-visible gripping texture on them, which I personally find more pleasurable to type on that some gamer and chiclet keyboards Ive used where the keys are quite shinyslippy. The keyboard frame itself is kept very tight and compact, so despite being a full keyboard layout, you are barely losing additional space while still maintaining gaps between key clusters.

Im using a white variant of the keyboard, the white is not as pure as some white paper, but rather a slightly softer tone which looks very professional and importantly, exposes smudge and dirt better (than a black keyboard), which Id like to be mindful of in the office because of the pandemic times, if you dont like this sort of thing being revealed so easily, you should use a darker colour then. I do touch type, so key legibility is not of great concern to me. I was pleasantly surprised however that the keys have a nice grey for characters on the keys which isnt an aggressively black contrast. The keys themselves look like italics of the Futura BT Pro typeface. The lettering is not engraved but printedlasered in some fashion.

I was concerned that the LEDs on the keyboard which are blue would be obnoxious, but the way they are oriented in the keyboard and defused, they are noticeable, but not obnoxious, which is about what youd like with keyboard indicators, although I still would have preferred a different colour personally.

All-in-all, it does feel like a lot of thought into the design of this keyboard to make it pleasant on the eyes, avoiding high contrasts, making it appear deceptively minimalistic despite being a full-sized keyboard and compact.
Anonymous  01/08/2018
Amazing build quality, a pure joy to type on!
Anonymous  29/06/2017
Thanks Keyboardco! Gorgeous looking board with very nice feeling stock keycaps. The build quality is exactly as rock solid as my 2012 Filco Camo. I'd put the build quality of Filcos up against Topre boards any day, and I say that as an ex-Topre user. The Cherry Pink switches are also much closer to Topre than I thought they'd be. Actually, I think I prefer the Pinks. The dampening is firm with no mushiness to them, while the feel of a mechanical switch is retained. The space bar has a very nice sound too! A great switch and a great keyboard.