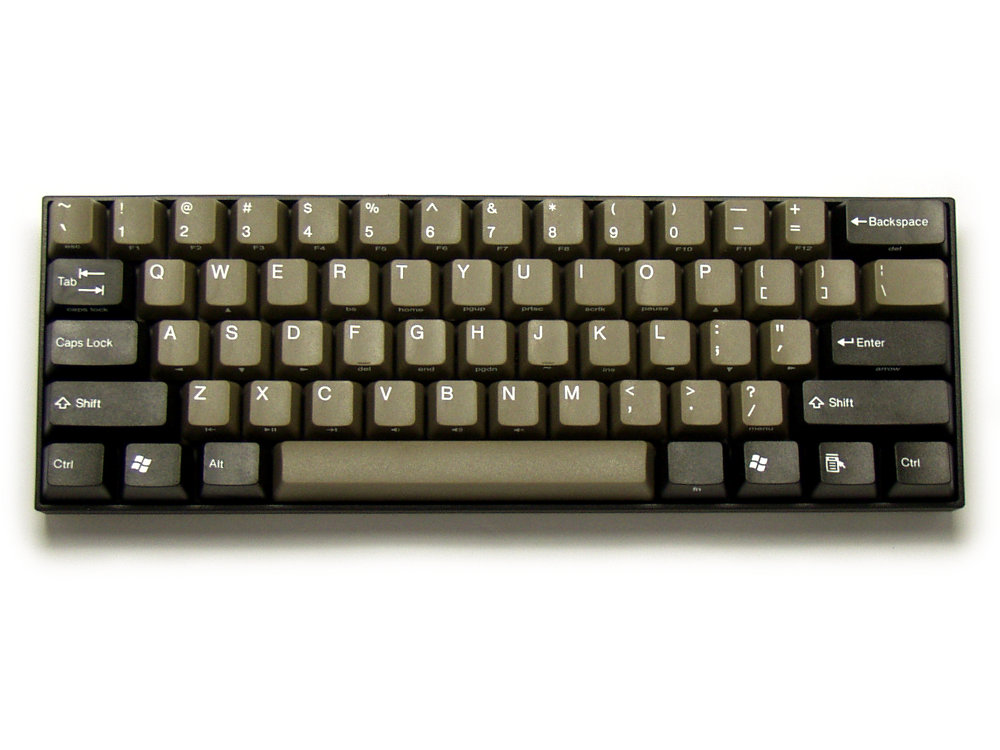 The KB Paradise V60 is a mini 60% keyboard, roughly 60% of the size of a standard keyboard with 60% of the keys.
The KBP-V60-W-DOL has Cherry MX Clear hard tactile switches and doubleshot keycaps, in a Dolch theme, brown and black keycaps with white legends, US layout.
A double shot keycap instead of having it's legend lasered or printed on to it, actually has the legend running through it like a stick of rock so it will never wear away.

The V60 also features dip-switches to customise your layout and comes with a detachable cable, to help when transporting your keyboard.

Lars HJ  11/11/2016
A very nice keyboard with a great combination of switches and keycaps.

The keys are very consistent, but on the one I got I did experience a switch, under the K button, which was significantly harder to press than the other keys.

At times I also get unintentional double entries for one press, on some keys - something I don't experience on my other boards.

The specific board I received had a skewed back-plate, which meant the keyboard was sloping and wobbling when you typed on it. I assumed temperature changes in transport caused it. I fixed it by simply taping some cardboard underneath one of the feet of the keyboard.

The customization of the layout with dipswitches works great. I really like how the layout works with the FN key. After a while you learn to use them all. 60% keyboard really works great for me (this was my first one), its great to not have to move your hands around too much.

The texture of the keycaps quite quickly wore off, since they are ABS, however since they are doubleshot the legends on the keys will never wear off.