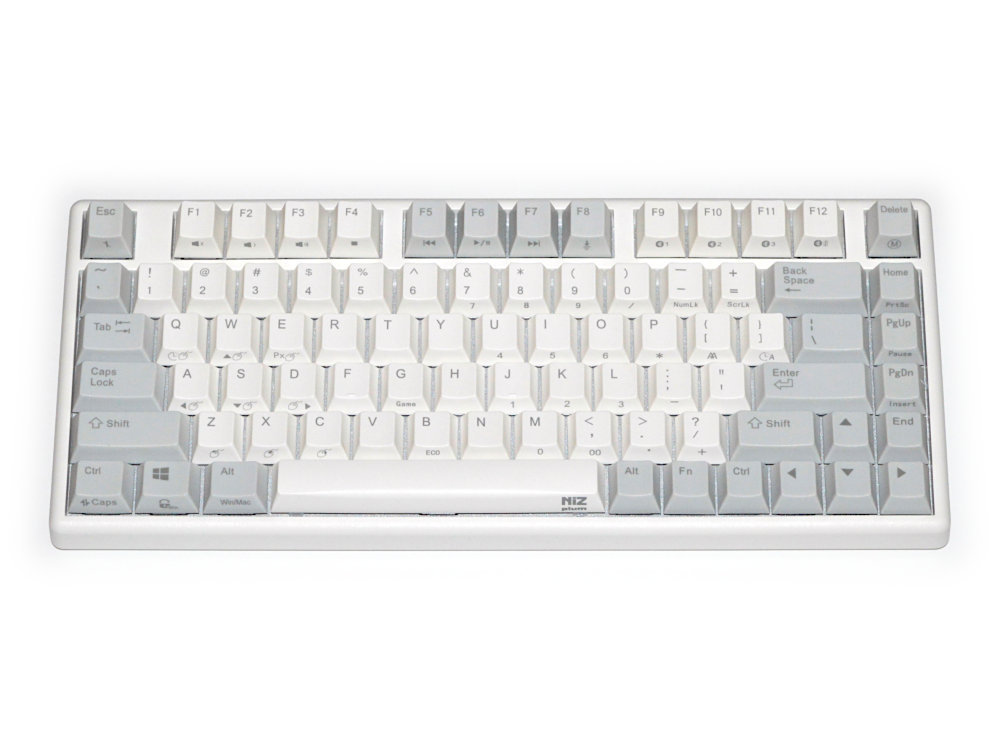 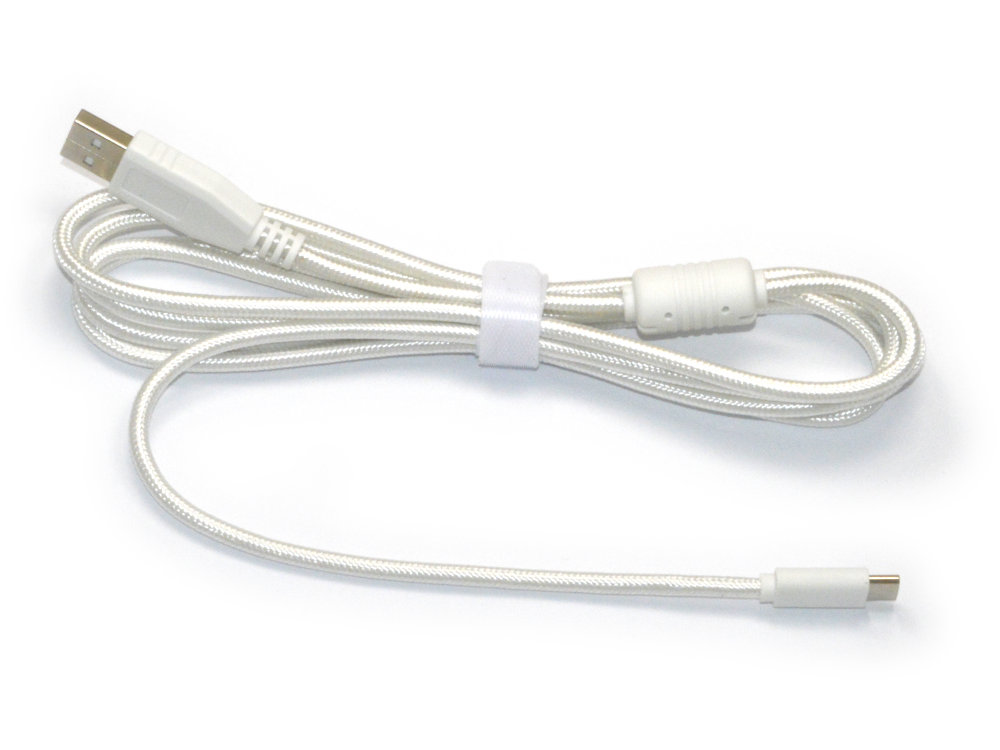 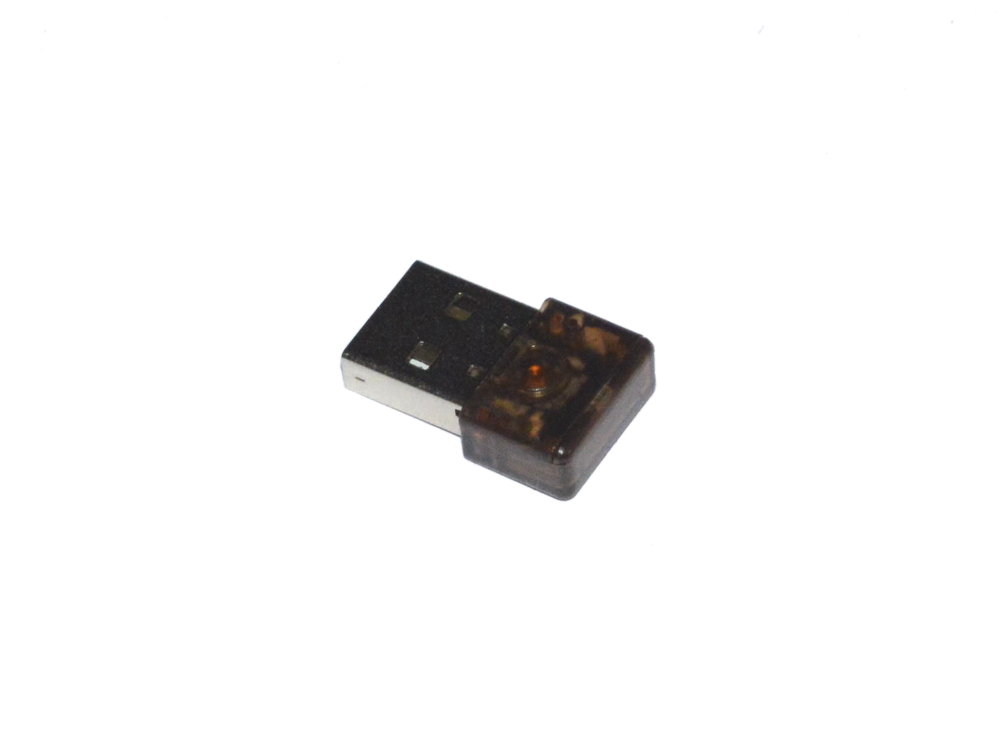 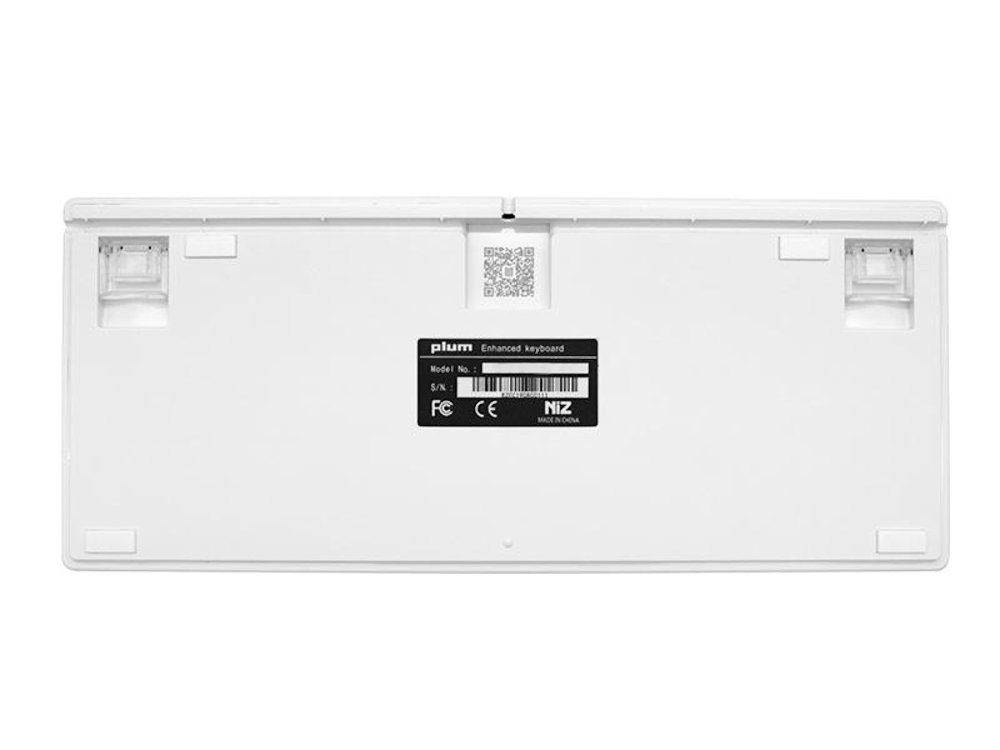 The keycaps are white and grey PBT with dark grey legends, the function key adds another action to some of the keys but can be programmed to perform different actions to most of the keys as the layout is programmable.

Included is a detachable USB C to standard USB A white braided cable, this plugs in under the keyboard, a wire keypuller, 4 Mac keys for Mac mode, some replacement stabilizers (Filco style), a replacement on/off button and a dedicated USB transceiver.