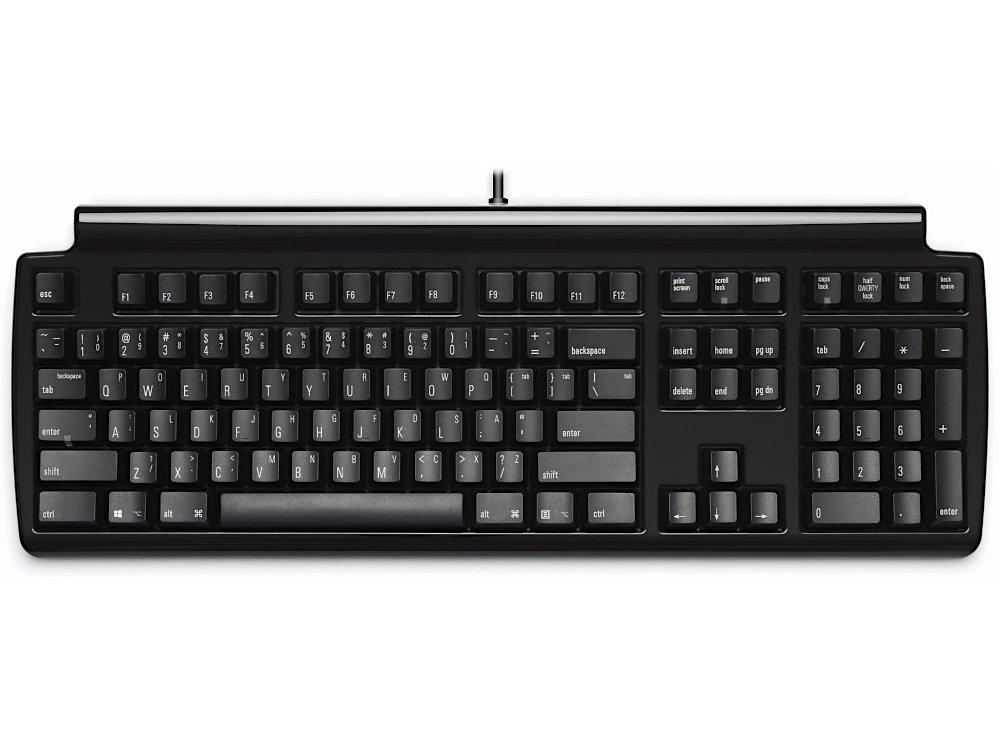 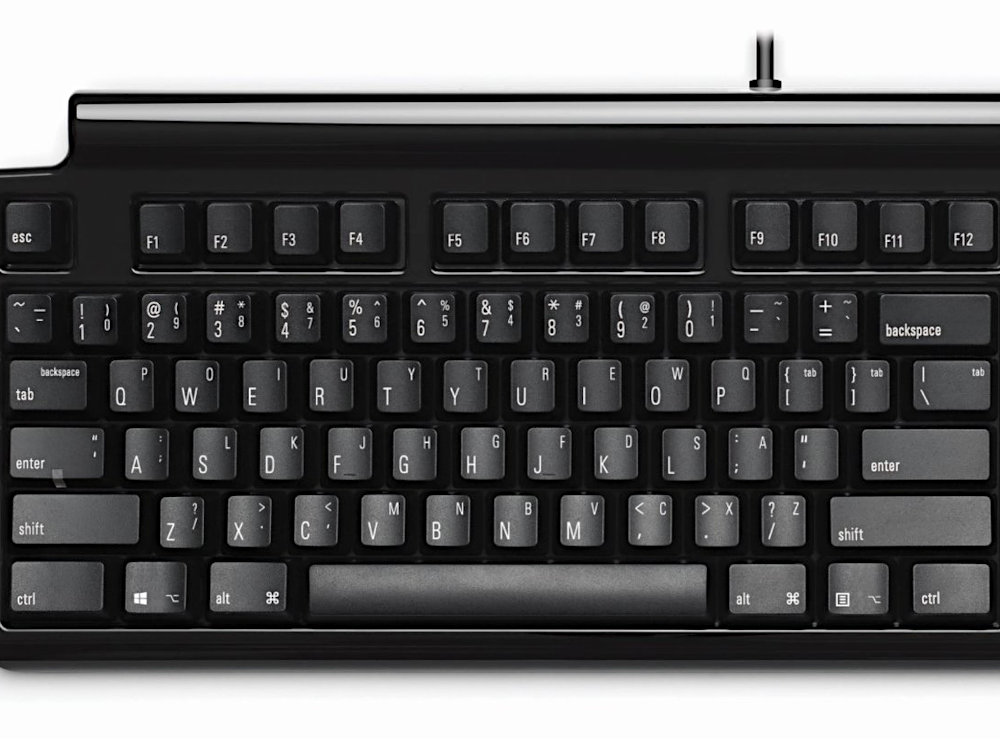 Ideal for One-Handedness, Hemiplegia, Carpal Tunnel Syndrome and other hand-related injuries
The innovative Half-QWERTY Keyboard from Matias is a standard desktop keyboard that allows those with limited or no use of one hand to continue typing with the other hand in an easy and natural manner.

Carpal Tunnel Syndrome and other typing-related injuries don't always occur in both hands. In cases where only one hand is affected, you can type with the other hand, while the injured one heals. Half-QWERTY's innovative "skill transfer" design makes the transition fast and easy.
Periodic rest breaks should be taken, so as not to risk injuring the uninjured hand.

Blindness
Used in conjunction with a Braille display, Half-QWERTY allows blind and visually impaired persons to read what they type as they are typing it, much as a seeing person would.

How fast can I learn it?
If you've never learned to type before, learning Half-QWERTY will take roughly the time it would take to learn standard two-handed touch-typing.
However, if you are a trained touch-typist, you can learn Half-QWERTY in a matter of minutes, with little or no retraining.
Published empirical research has shown that (on average) a touch-typist can learn Half-QWERTY in 1/3 the time it takes to learn a one-handed chord keyboard. Half-QWERTY's innovative "skill transfer" design makes this possible.

How fast can I type?
With practice, Half-QWERTY typists can expect to reach speeds of between 61% and 91% of those achievable by two-handed typists. Typing speeds as high as 64 words per minute (wpm) have been recorded.

How does it work?
The Half-QWERTY typing technique is very similar to the standard two-handed touch-typing technique...
You place your hand where it would normally be if you were touch-typing - that takes care of that half of the keyboard.
To type the letters of the other half, you hold down the space bar with your thumb and do the same finger movement that you would normally do with the other hand. It's that easy!
Tapping the space bar still types a space.
The relative finger movements used for one-handed typing are the same as those used for two-handed typing. So, if you're already a touch-typist, you already know them. You should be typing one-handed in a matter of minutes.

Sticky Keys
Sticky Keys is a feature that makes typing modifier-key sequences (e.g., capital letters) easier for one-handed typists, in that you no longer have to type the modifier (e.g.: Shift, Control, Alt) and the key being modified simultaneously. You can type them in succession.
Depressing and releasing a modifier key once makes it active for the next key typed. Pressing it twice locks it until it is unlocked by pressing the modifier again.

Can other people still use my keyboard?
Yes. The keyboard can still be used for two-handed typing. Half-QWERTY won't interfere.

The educated choice
Matias has proudly served the needs of the disability community for over 10 years. Its technology is the de facto standard for one-handed typing in the industry.

The Matias Half-QWERTY Pro Keyboard
The latest version of the full-size Matias one-handed typing keyboard. It features Matias Quiet-Click mechanical switches for a better typing experience, has 3 USB 2.0 hub ports that provide a convenient spot to plug in a mouse, and includes two micro-USB to USB-A cables, so that you can choose the length of cable that best fits your assistive technology needs. (The micro-USB end of the cable plugs into the Matias keyboard, and the USB-A end of the cable plugs into the computer).