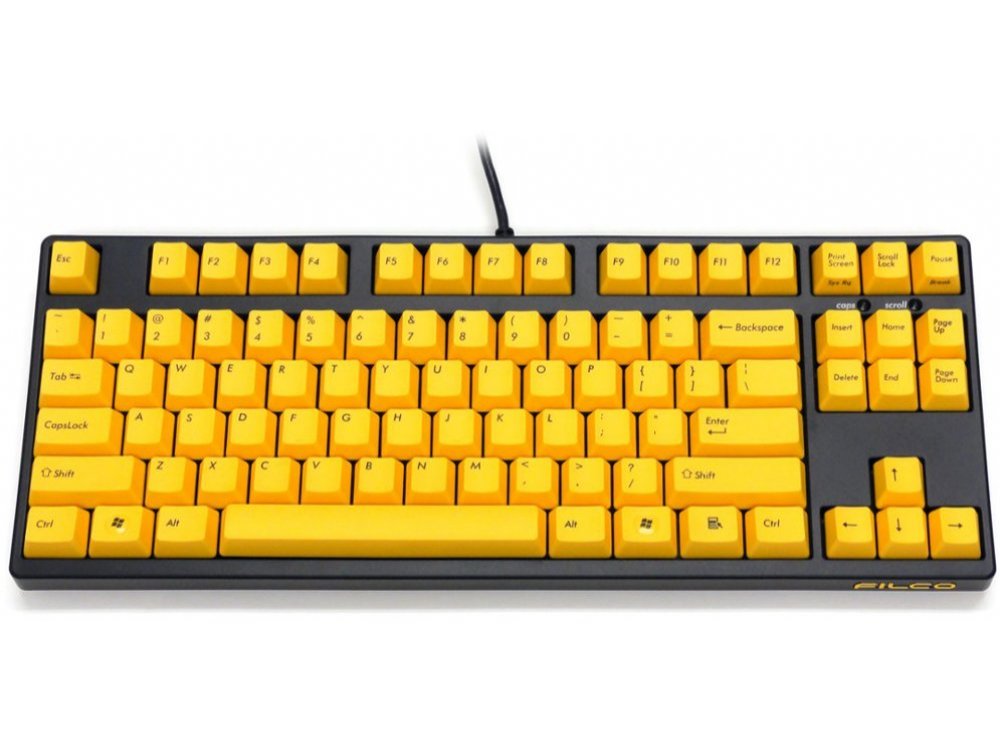 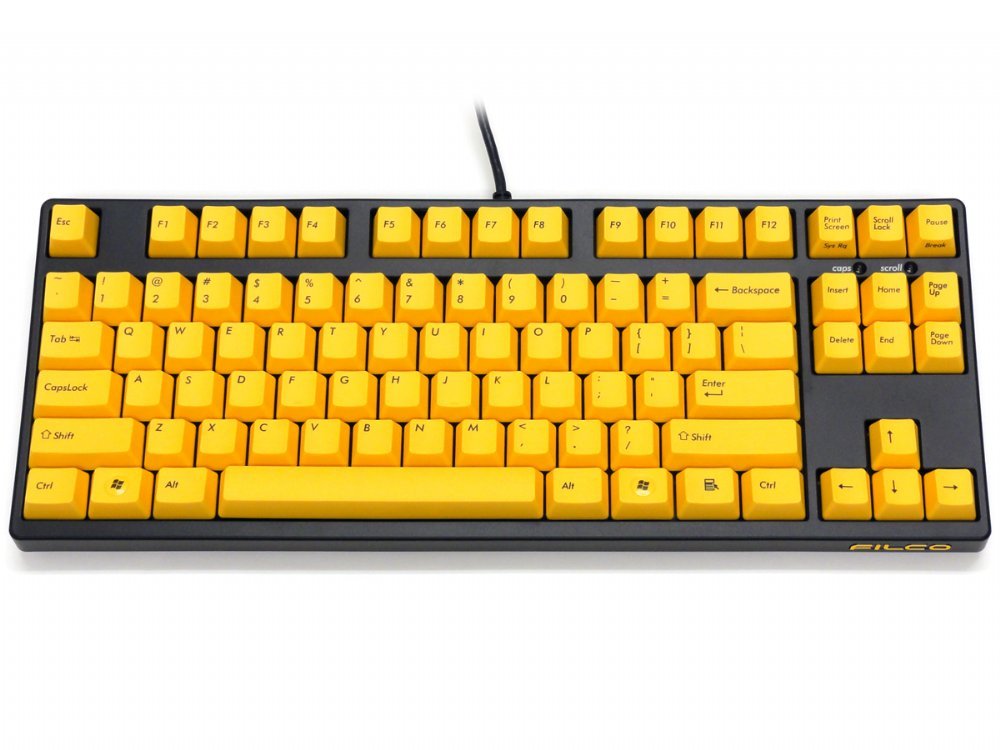 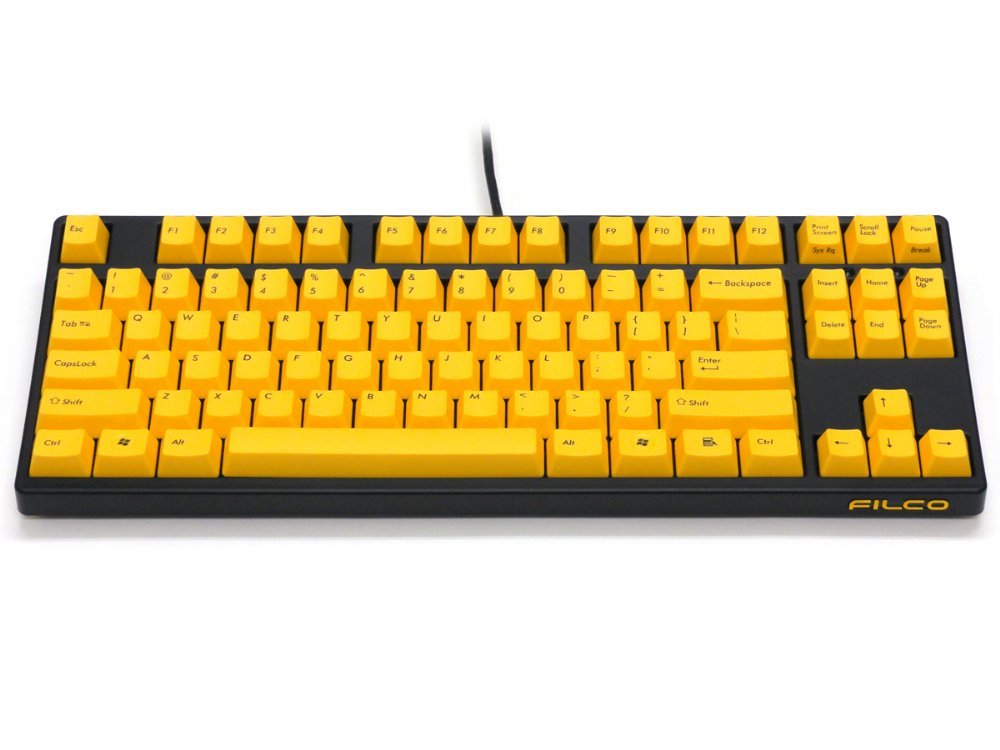 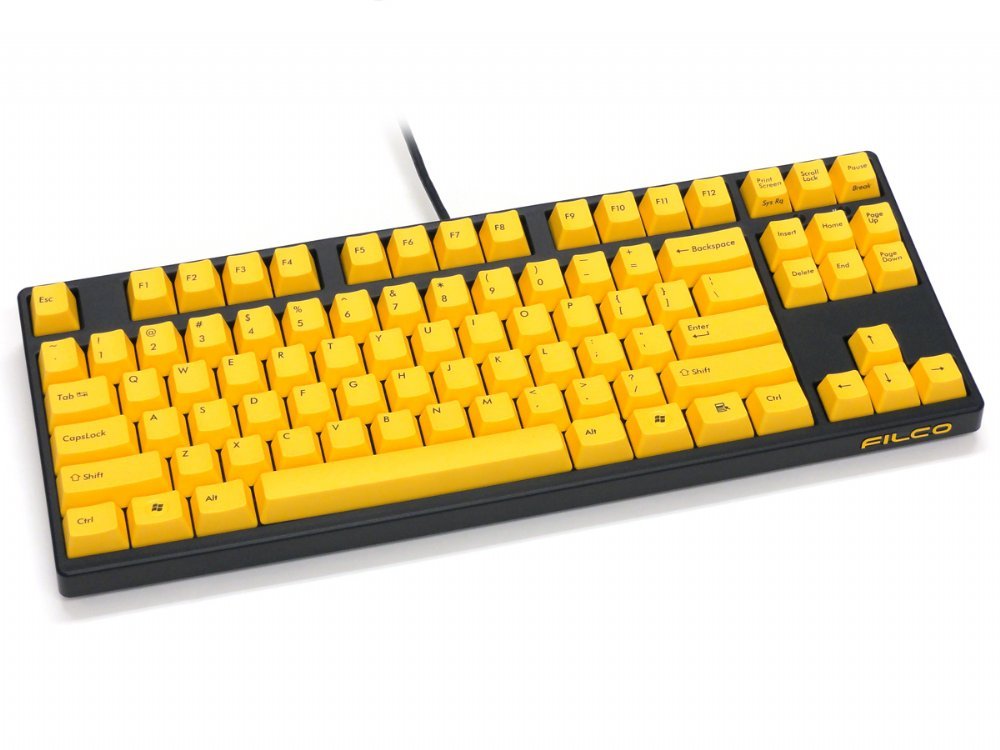 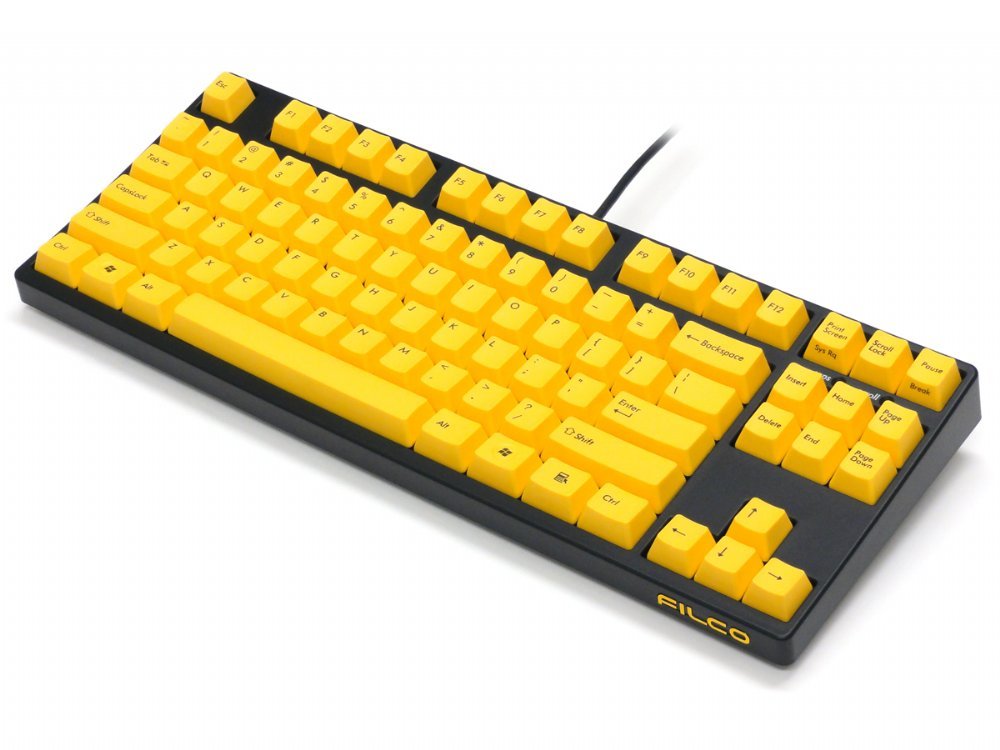 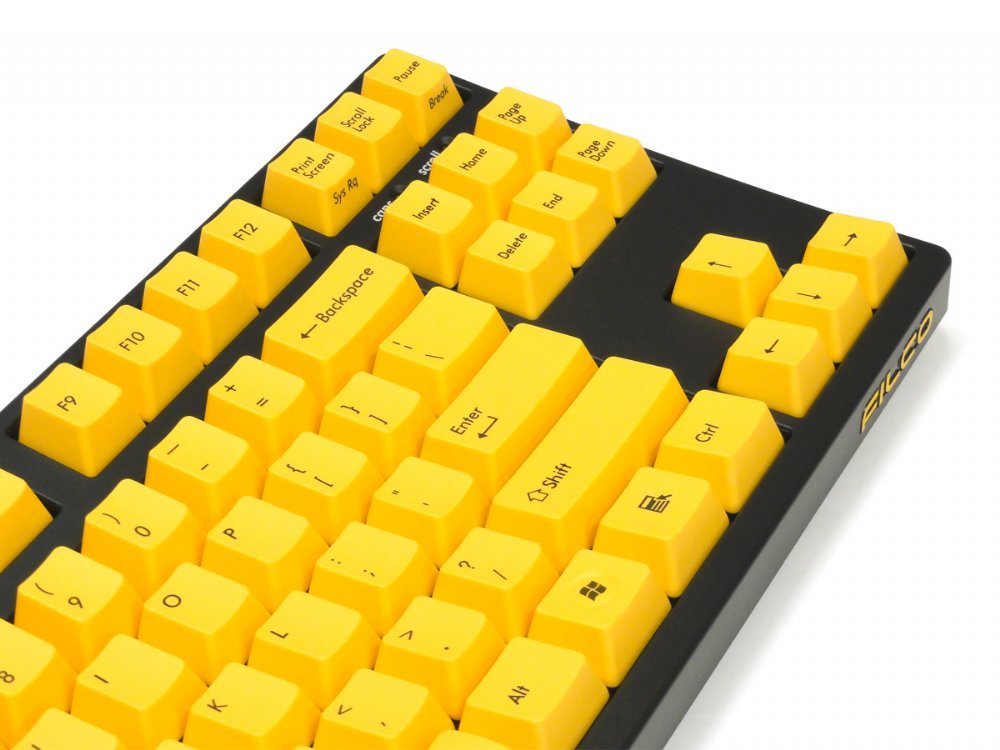 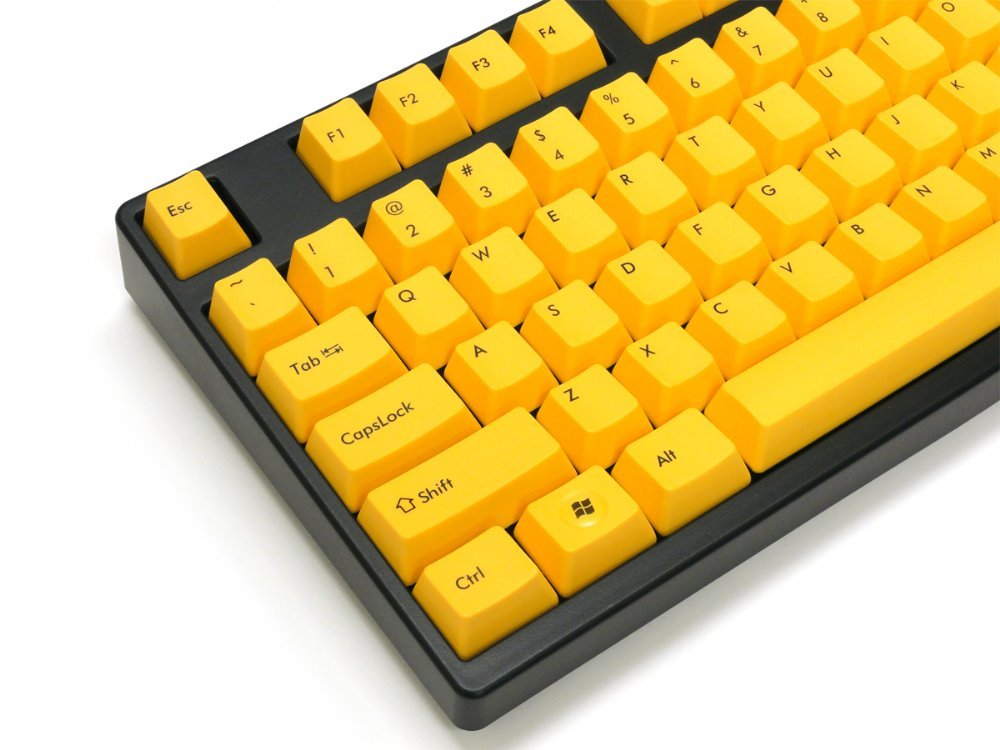 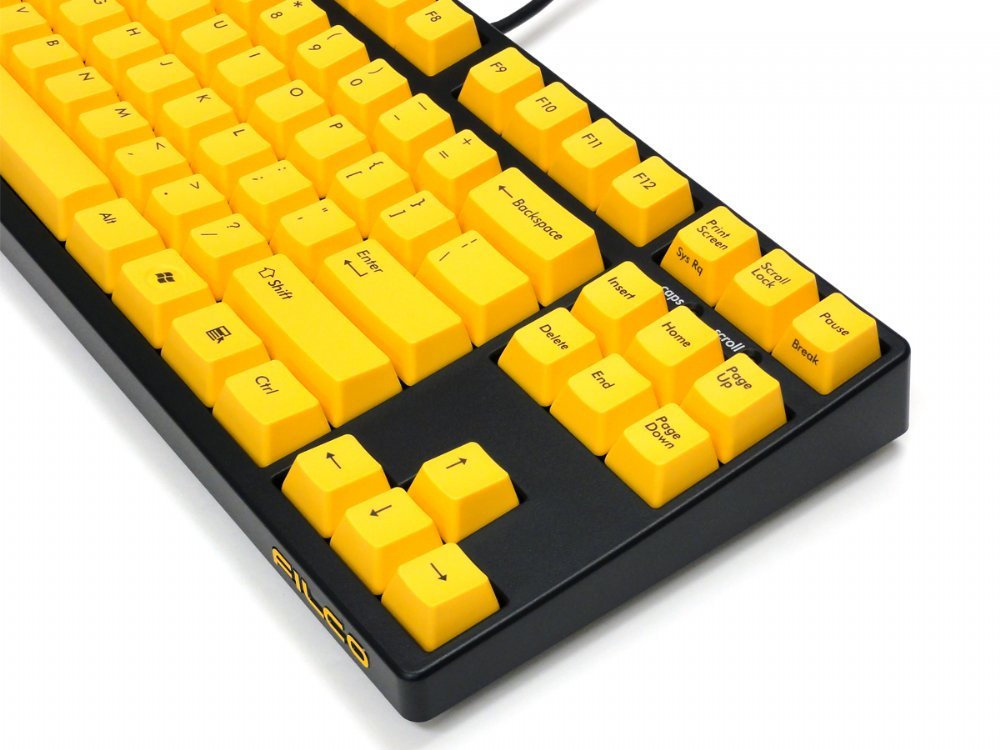 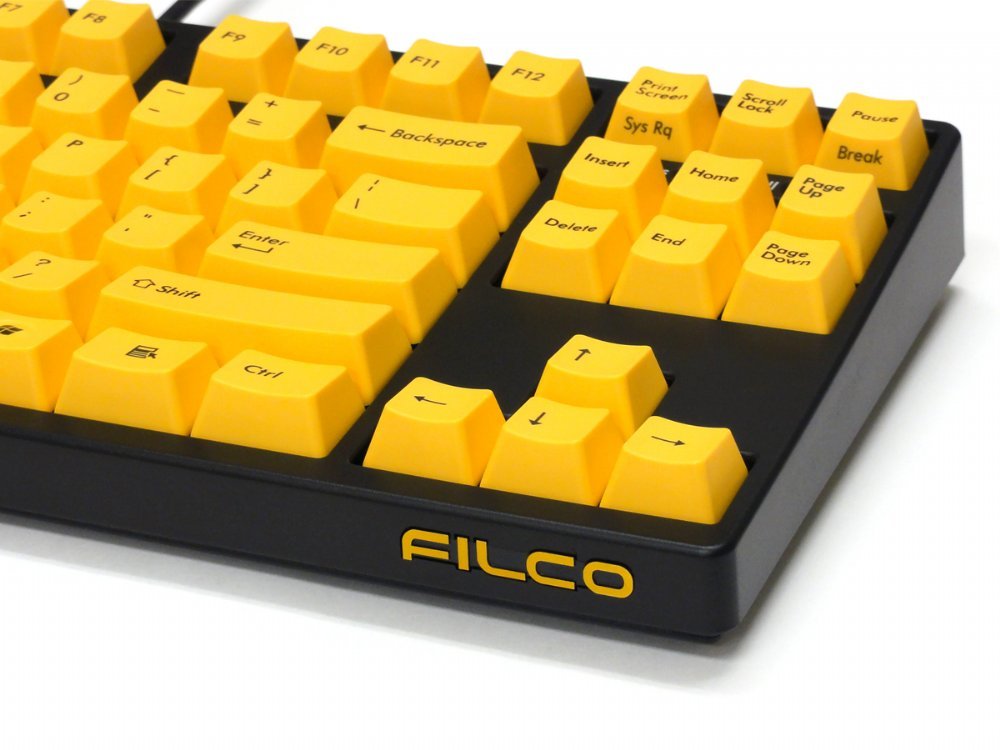 The Ten-Keyless version of the Majestouch-2
This is the 87 key version of Majestouch (the Majestouch without the number pad). With this compact keyboard, you can save space while having the same layout, and the same tactile feel as the existing Majestouch series.
You can customize your saved space by placing the 'Ten Key Keypad' (sold separately) on your left side or right side, when you feel the need.

Ruve  31/03/2021
The Cherry MX Brown switches are my favorite switch for a while now. A few years back I bought the ninja edition of this keyboard, To this day Im still using it and very impressed with it! This is my second Filco and it does not disappoint!
This is the only keyboard youll ever need.
Christer Nilsson  29/06/2017
Extremely speedy delivery!

github.com/ChristerNilsson/Lab/tree/master/2017/061-keyboards
woodfinger  14/03/2017
Quest for the perfect keyboard is at least almost over. I had backlighting in my wishlist, but I had to let go of that thought as I searched internet for a keyboard. Finally I decided to get the critically acclaimed Filco MT2 TKL. I really liked the yellow keycaps , but unfortunately Filco does not make this version in ISO, so I had to go with ANSI. I really hope that there would be only one physical layout in the world....

- As I am from Finland and used to ISO-layout, ANSI is a bit of a pain in the butt. Especially the enter key being smaller than on ISO-board
- No backlight. It would be nice of Filco to include a simple white backlight to their next board. I don't need that RGB-stuff though...
- Keycap material somewhat slippy. Although this might be subjective, since I have very dry hands
- USB 6KRO only. Even though Filco states that this is due to USB restrictions, that is not true. USB is full NKRO capable and even though this is not exactly an issue for me, it would still be nice to have NKRO also over USB.
- No media controls. Especially volume control would be highly appreciated
Anonymous  11/03/2021
Nice!! I love its colour x
Bartek  09/06/2018
Filco Majestouch-2 simple the best keyboard for me. The Keyboard Company is superb , very friendly and helpful customer service and very fast delivery!!!!!!!!! I will definitely order it again in this store and I recommend it to everyone..
Anonymous  03/03/2017
Best keyboard I've ever used.
belo  06/12/2016
I replaced my bit used Matias Tactile Pro, full sized one, white, with this beauty and I don't regret a single penny spent on it. The keys are great, very good feel, and its size is just perfect as it does not have the numeric keypad which I never used anyway which makes more space on the right side (I am right handed) for the mouse thus less effort reaching it :-) And it's much more quiet than the old one which makes my colleagues way more happy ;-) In comparison to my Matias Pro Mini Silent which I also own -- I have to say I like both of them a lot, maybe the Matias keys are a bit deeper... it's very subtle and difficult to describe.
Anonymous  11/10/2016
Coming from mechanical RAZER keyboard, I would say this one is better in every way. Very good feel from MX Cherry browns, and both, keys and casing material.
hs Jang  13/07/2016
good.