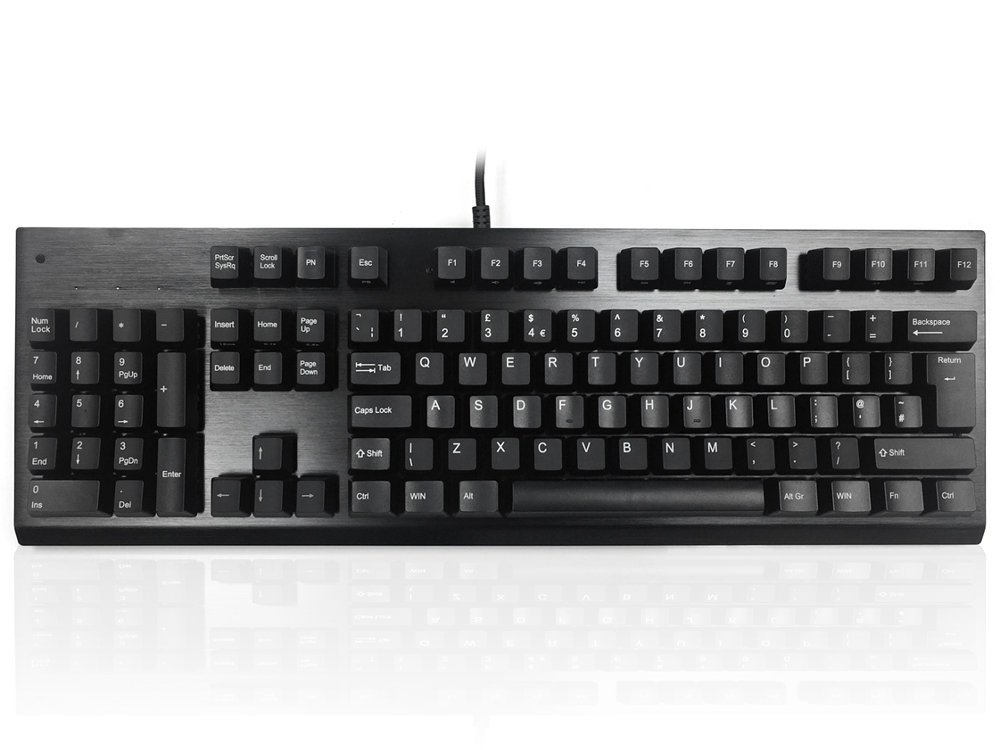 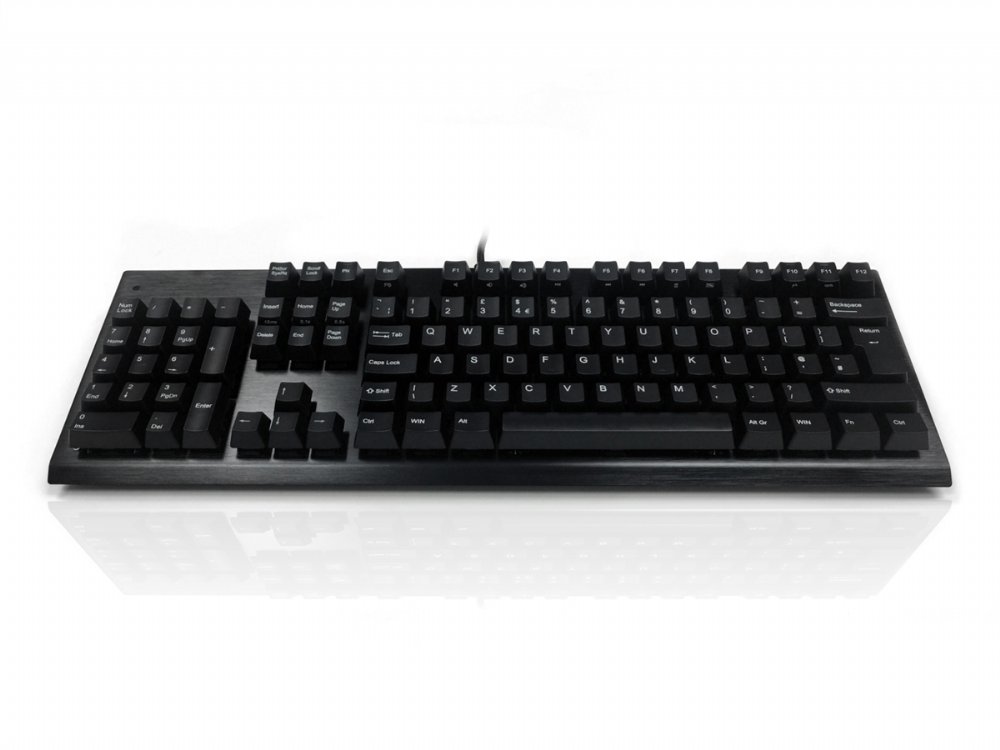 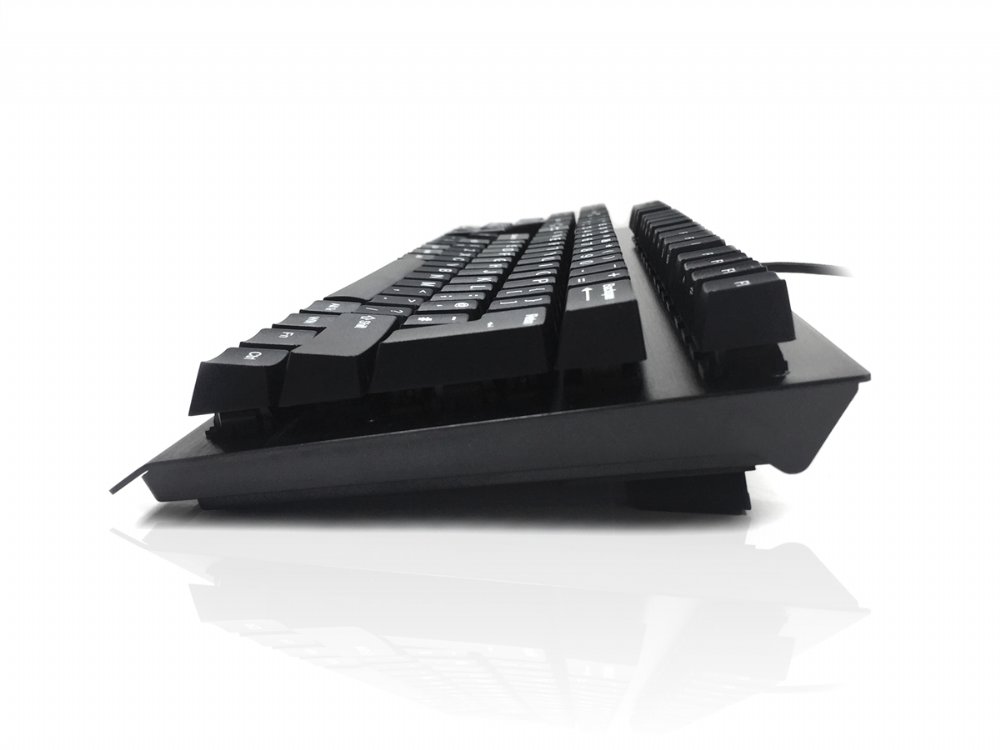 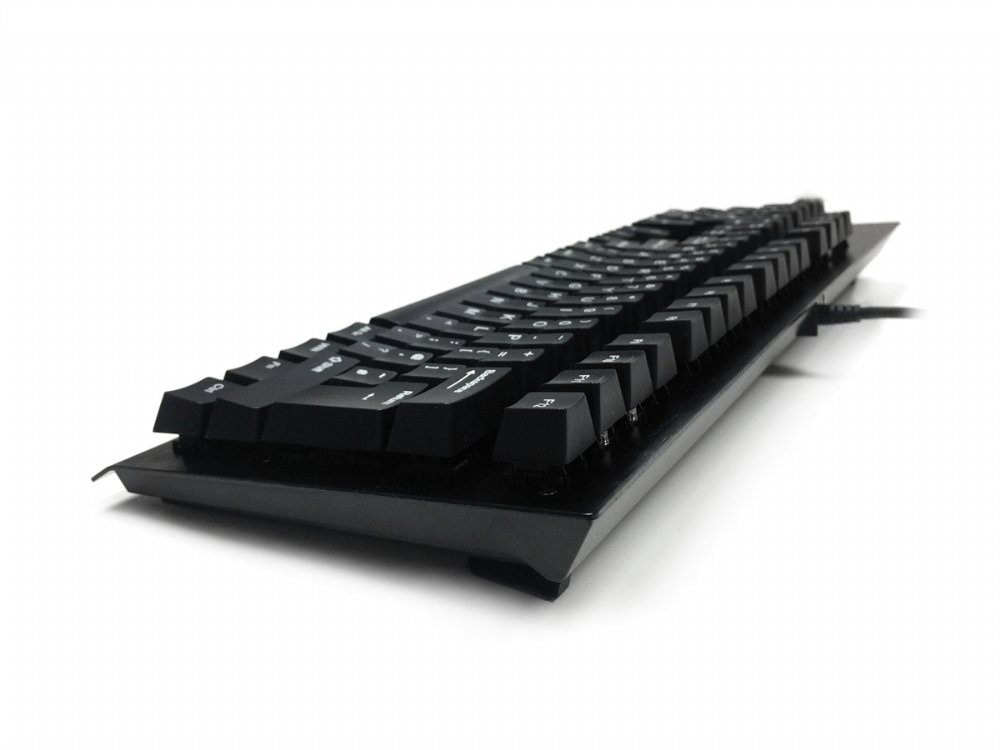 This programmable Left handed keyboard fulfils a long felt need, providing the most convenient layout for people who are naturally left-handed.
The keyboard has a brushed anodized metal frame with full height hybrid mechanical/membrane key switches, and it's 2nd layer can be hardware programmed (no software required) with macros as the user requires.

Anonymous  04/09/2018
Very nice keyboard. Description says its a hybrid, although it has a linear mechanical feel like cherry browns (the switches are even colored brown). No membrane feel and the keys don't have to bottom out to actuate like a membrane. Subtle clack noise, not too loud but satisfying. Sounds like the terminals in fallout 3 actually. The semicolon and @ are switched on the key caps for some reason but the keyboard still enters them like a normal 104. The pound sign is also the british pound currency symbol but it still entered as # for some reason. Other than that, the build quality is nice. The keys are pretty stable also, maybe a tad bit of play when compared to actual cherry switches but hardly noticable side by side.
Miles  09/04/2018
Previously I owned a keyboard that had the numeric keypad on the left. Not because I'm left handed, but because I wanted to have my hands closer together when gaming with keyboard + mouse. That wasn't quite close enough though, so I was pleased to see that a totally left-handed keyboard is now available.

It's about as small as a full-sized keyboard can be, so it does exactly what I wanted, letting me put the mouse close enough for my left hand to feel naturally positioned over the WASD keys. It's well-made, with a thick braided cable and aluminium top panel. I like that the keys are raised above the top panel, as it should reduce the amount of fluff and bits that get stuck behind the keys. I'm not sure what the key switches are, as they don't look like anything I could find pictures of. They are linear, light, and feel ok, but since this isn't a cheap keyboard I would have much preferred proper mechanical switches. The keycaps are compatible with Cherry MX keycaps, including the large keys with stabilisers, which is nice.

When they say that the keyboard can be programmed with no software, they really mean it. All programming is done through the keyboard itself, including the ability to add delay between keystrokes. That means it will always work with any OS, now or in the future. One thing I don't like is that the key to enter programming mode is in the place of the pausebreak key, so if you want to press pausebreak you have to press two keys together. Pausebreak isn't a frequently used key, but I use it more often than I program the keyboard. Leaving pausebreak alone and using a two-key combination to enter programming mode would have been better. The manual appears to only be available in paper form. A downloadable electronic version would be nice, especially since I'll never remember how to program it without the manual.

There is a toggleable n-key rollover mode, which is useful for games and certain other things.

The caps/scroll/number lock status LEDs are positioned such that I can't see them unless I lean forward. I would have liked it if they were built into the associated keys. I'm sure that would have been a fairly easy thing to do since there are already a few backlit keys for indicating other things.

The keyboard seems to completely turn off when I put my PC to sleep, which means I can't use it to wake the PC back up again. I'm not sure if that's something to do with the keyboard or the USB ports on the PC, though my old keyboard remained on, so it's probably the keyboard.

Overall it's a pretty good keyboard. It has a few flaws that should probably make it lose a star, but I'm still going to give it 5 anyway because it's the only left-handed keyboard available, and thus automatically the best one.